Conflict is a part of daily life for many vulnerable people. Whether staff member, caller or both, confrontational situations can often escalate and seem unavoidable – poor practice is often at the heart of conflict within the work place. The importance of quality training has become increasingly highlighted in recent years.

Melanie works five days a week at a call-centre, assisting service-users over the phone. The example below is her account of a confrontational situation which she experienced at work. Although Melanie happens to be a call-centre worker, the account given here is pertinent to anyone managing difficult calls.

‘There’s just something about speaking over the phone. It’s almost like people think that they’re invincible just because they’re invisible,’ says call centre worker Melanie, who spoke to me about some of the confrontational situations she’s had to handle at work. 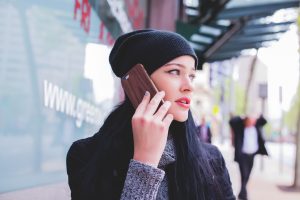 Melanie tells me about a time that a customer called in order to chase a refund of miss-sold PPI, which hadn’t yet cleared. As it had only been eighteen days since the payment was made, Melanie advised the customer that she would have to wait a further ten days before anything could be done in regards to the payment.

‘She then started shouting at me – she told me that I’d personally stolen her money!’ Melanie informed the woman that there was no way she could be responsible, as she had been a child during the year in which the PPI was miss-sold. Melanie assured the customer that she was the person responsible for assisting her in reclaiming the money, rather than the culprit, and reminded her that within the given timescale, there was nothing that could be done.

However, the customer became increasingly unreasonable. ‘She claimed that the bank had stolen her money and her land.’ Melanie reiterated her claim that the payment could not be pushed through any more quickly, and reminded the customer that the 28 day period was not yet up. Following a lot of shouting and intimidating language, in which Melanie was repeatedly accused of stealing both land and money from the service-user, the phonecall was passed on to the manager. ‘After my thirty minute conversation, she also had a fifteen minute conversation with my manager, who repeated everything I’d already said. She then demanded to speak to the highest person in the bank. When she was told this wasn’t possible, the client hung up.’

Melanie tells me that another customer in the same situation screamed at her, ‘you’re an ignorant b***h, I hope you die,’ before hanging up. ‘You can tell who the unreasonable and reasonable people are going to be straight away, by the way they speak, whether they use your name, ask how you are and so on. This particular woman left me in tears – I was furious because she’d interrupted me so many times.’

‘Confrontational customers seem to think that they’re calling ‘The Bank’ rather than an actual person with feelings,’ Melanie summarises. ‘Now I just laugh it off when customers shout because otherwise it gets to you.’

‘Confrontational callers seem to think that they are dealing with a threat rather than an actual person with feelings.’

Aggression and condescending attitudes can take their toll on anyone – the key is the way in which we handle the situation. It’s important to remember the boundary between personal and professional relationships, and to be reassured that nothing said in this context is a personal remark.

Melanie’s personal example only provides a fragment of the instances that occur every day across customer services. Whether you are a staff member or a customer, nobody should be made to feel belittled, un-appreciated, victimised or bullied. Quality focused training in this area can lead to better management of situations like those described above, which will subsequently lead to more confident staff as well as happier clients.

Book a place on our open-course, ‘Managing Difficult Calls’ by following the link.