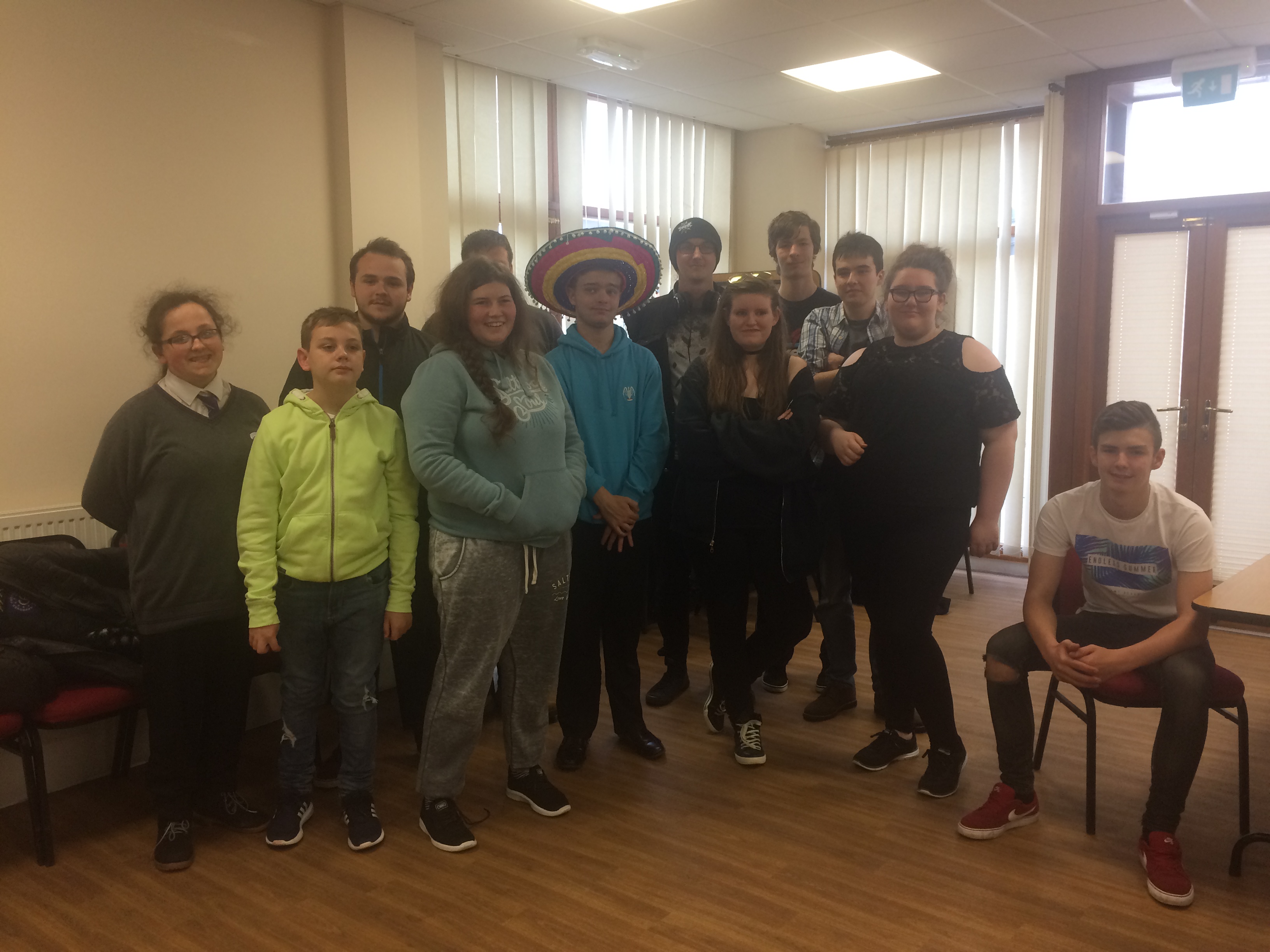 For the past two months, we have been supporting Afasic Cymru as part of our 2017 charity support scheme. Afasic Cymru support parents of children who have Speech, Language and Communication Needs, (SLCN.)

Last week, we visited the weekly Youth Club run by Afasic in Neath, Port Talbot, and got to experience first hand the positive impact this regular session has on both children and their parents. When we got there, we were greeted by children in sombreros and the enticing smell of chilli con carne. Themed evenings are a regular occurrence, according to the members, who enjoy a range of activities from karaoke to animating with clay figures and field trips.

We spoke with three young men – Matthew, Dewi and Nile. Having been regular attendees since their early teenage years, all three are now volunteers at the youth club, helping with the younger children and continuing to enjoy their own social interactions. As well as viewing the volunteering as an experience to strengthen their CVs and enrich their lives, all three have recently participated in the Duke Of Edinburgh certification, which requires a number of volunteering hours.

We also spoke to a group of younger members, including Ruben, who has been attending for a number of years. “It’s a friendly community where everyone can feel safe,” Ruben said. He also told us that his Mum has been impressed with his personal development over the years. Both Tom and Caitlyn said that they enjoyed the weekly respite from home-life, and felt that Youth Club was a place to unwind with no expectations or judgement.

It’s not just these young people who benefit from the Youth Club – parents also reap the rewards, particularly when it comes to the field trips run by Afasic Cymru, which have included fencing, zorbing, BBQs, and a trip to Alton Towers. “Just because he’s got speech and language [difficulties],” one Mother says in a video filmed by the charity, “does not mean he can’t go out on day trips. I can take Sam there and not feel isolated because everybody’s kids are the same and you don’t have that stigma.”

The Youth Club, which runs in association with Neath Youth Service and is facilitated by Kim and other volunteers, has been of huge benefit to the children and young people who attend, particularly when it comes to social interaction. Many of the members meet up independently on the weekend, and keep in touch outside of the group sessions. Kim, who has trained as a Speech and Language Therapist, feels they have all improved dramatically in their social communication skills.

It was lovely to spend some time with the members and volunteers at Afasic’s Youth Club. The young people supported by Afasic have a range of difficulties in talking and understanding, from Autism to hearing difficulties and stammers – we’d encourage anyone who feels they may benefit from the charity to get in touch. What was clear from our visit it that as individual as each young person supported by Afasic may be, they all have one thing in common – the positive impact they have all felt thanks to Afasic Cymru and its youth service.

Keep your eyes on our social media pages over the coming week – we’ll be announcing the next charity to receive two months support from us on May 31st.