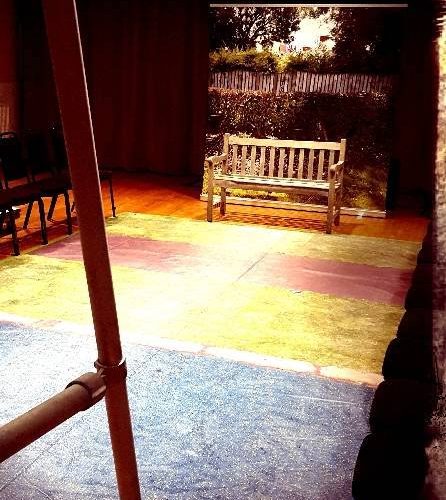 An Update from Spectacle Theatre

We’re delighted to be able to share this update from one of this year’s nominated charities, Spectacle Theatre.

“2017 was a productive year for Spectacle Theatre Ltd. The company toured Wales with its acclaimed production Special / Sbesial, performing to over 2000 people in 45 performances. The production was also performed at the national eisteddfod in Ynys Mon, a first for the company.

Spectacle in association with Cardiff Harbour Authority and Arts and Business, during the summer of 2017, performed the Are You Ready production on the island of Flat Holm.

“This experience provides a fantastic opportunity to see a fascinating location with an extremely fun boat ride there and back to boot. The tour has clearly been thoroughly researched and is passionately presented by a playful and engaging host who holds the audience’s attention from start to finish. Some of the various pieces put on by the actors throughout the island’s various locations were nothing short of spine-tingling, and the free time given at the end to explore the island before the boats came to take us back was much appreciated. For those who have ever been curious to visit the island, there isn’t a better opportunity to take than this one,” Buzz Magazine 2017

The theatre workshops were to build young people’s confidence and culminated in three performances written by the young people and performed in the woods.

Spectacle continued to deliver creative writing workshops with the residents of the Ty Dewi residential home in Rhondda.

As a nominated charity, Spectacle staff participated in training with STEPS and received a financial boost of over £500 towards the work of the charity.  Spectacle are looking forward to another year of creating access to arts provision for those who are isolated, seldom heard or are disadvantaged by the impact of poverty.”

Thanks to Steve Davis and the dedicated team at Spectacle Theatre for this update.It’s great to see the charity thriving and we’re so pleased we were able to play a small part in that. Next week, we’ll be sending out a roundup of all the charities we’ve supported over the years. If you haven’t already, you can subscribe to our mailing list here to make sure you don’t miss it!