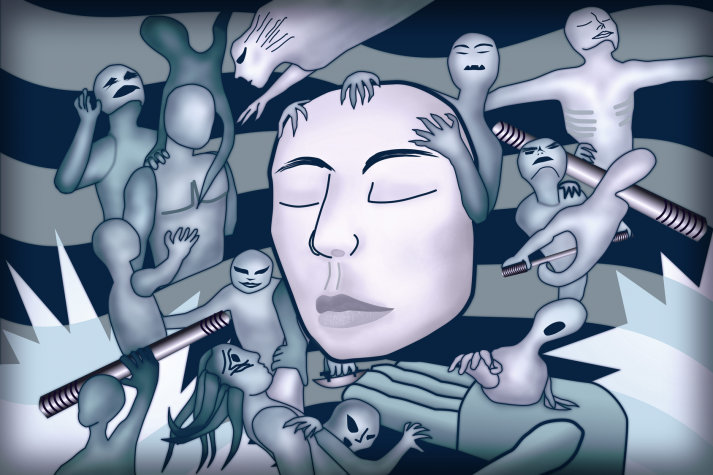 THE TERM ‘PERSONALITY DISORDER‘ IS USED TO REFER TO PEOPLE WITH AN EXTREMELY BROAD RANGE OF EXPERIENCES, DIFFICULTIES AND BEHAVIOURS.

MANY PEOPLE GIVEN THE SAME DIAGNOSIS WILL HAVE VERY DIFFERENT EXPERIENCES. IT IS ALSO COMMON FOR PEOPLE TO BE GIVEN A DIAGNOSIS OF MORE THAN ONE PERSONALITY DISORDER.

Some symptoms are commonly recognised across the spectrum of personality disorders. These include distorted beliefs, strange behaviour, being overwhelmed by negative emotions, avoiding other people and feeling emotionally disconnected. Individuals living with personality disorders can experience difficulty managing negative feelings, resulting in self-harm, substance abuse and destructive behaviour. Turbulent emotions and behaviour often lead to difficulty in sustaining close relationships, with loved ones frequently feeling hurt or upset.

Personality Disorders are often linked to other mental health problems, such as depression, anxiety and substance misuse.

The causes of personality disorders are not fully known. Possible causes include trauma in early childhood such as abuse, violence, inadequate parenting and neglect.  Neurological and genetic factors also play a part. Symptoms can be escalated by periods of stress.

The diagnosis identifies 10 different types of personality disorders, which are grouped into 3 clusters. These are Clusters A, B and C.

Cluster A includes personality disorders which are characterised by suspicious and odd behaviour.

Cluster B personality disorders are characterised by emotional, impulsive and erratic behaviour

For further help and support, follow the links below: